Our laboratory investigates the cellular and molecular mechanisms that control tissue development and regeneration. Using multipronged approaches including mouse genetics, cell culture models, genomics and microscopy, we tackle complex biological processes focusing on the contribution of cell-intrinsic and cell-extrinsic factors that contribute to regenerative processes in the skin and mammary gland.  We have made discoveries in three main areas:

1.  The role of the macroenvironment in epithelial tissue regeneration  Within epithelial tissues, cells localize to specific niches, or microenvironments, that regulate their activity through cellular adhesion and signaling molecules. However, the identity and the cellular sources of many of these signals in epithelial tissues including the skin and mammary gland are unknown. Our work has revealed novel aspects regarding the source of adipocytes and immune cells as local signals (Festa et al., 2011; McGee et al., 2013; Schmidt and Horsley, 2013)and prolactin, a hormonal signal (Goldstein et al., 2014), that controls stem cell activity and skin regeneration.

A major innovative aspect of our work has been the study of dermal adipocytes in the skin.  We pioneered the field of skin biology by revealing that adipocytes regenerate in the skin and are essential for regeneration of the hair follicle during its native regrowth cycle and following injury (Festa et al., 2011; Schmidt and Horsley, 2013). We (with M. Rodeheffer) identified mesenchymal adipose progenitors in the skin and showed that these cells are necessary and sufficient to induce hair follicle growth (Festa et al., 2011).  We showed that these cells are activated after injury and required for fibroblast migration during wound healing (Schmidt and Horsley, 2013).  Finally, we have revealed that dermal adipocyte precursor cell self-renewal is lost during aging and requires Pdgf signaling (Gonzalez et al., 2016). 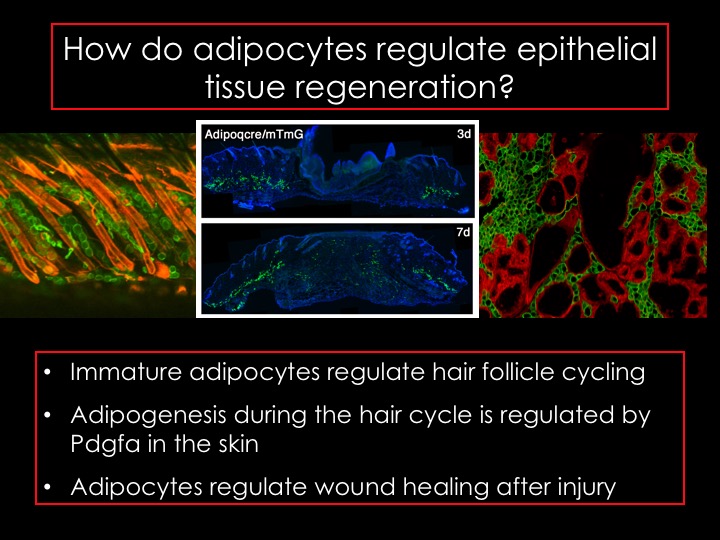 We (with M. King) have identified a role for nuclear-cytoskeletal adhesion during the growth of the hair follicle.  We find that inner nuclear membrane proteins of the Sun family are required for integrity of keratinocyte adhesion and hair follicle structure through regulation of the cytoskeleton (Stewart et al., 2015). 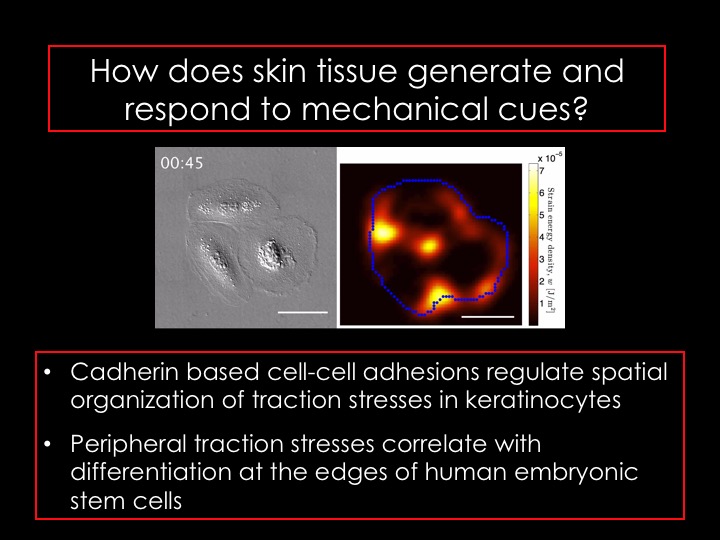